Olivia Hughes, Sustainable SSU Communications Student Assistant attended a few of the Climate Action Pursuit sessions October 7 and 8, 2021, shares what she learned and the greatest take aways from those two days.
October 13, 2021 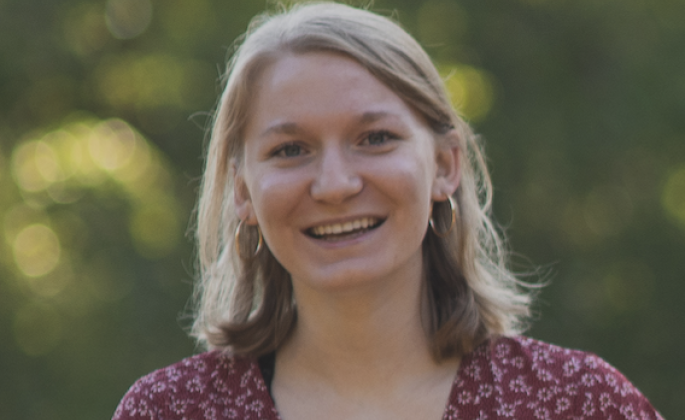 Second Nature’s Climate Action Pursuit offered a wide variety of workshops and keynote speakers surrounding the topic of climate justice. I was honored to attend a conference with so many open minded people who were willing to not only learn, but to join the conversation. The keynotes I attended, Federal Research Priorities for Equitable Climate Solutions and The Truth about the Roots of the Climate Crisis and the Path Forward, featured engaging speakers who completely drew the audience into their presentations. Dr. Sethurman Panchanathan, Director of the National Science Foundation, spoke during the Federal Research Priorities keynote and explained how NSF is working to fight Climate Change. Panchanathan presented NSF’s work, explaining that NSF’s research is able to give us insight into the climate by giving us knowledge on how to act. He took the audience through the work that has been done and will be done by NSF to fight the climate crisis. I left his keynote feeling informed and hopeful for the future work of NSF.

I was also honored to attend The Truth about the Roots of the Climate Crisis. Speakers Gopal Dayaneni, Angela Mooney D’Arcy, Hop Hopkins, and Kandi White had a powerful dialogue that gave insight into how deeply colonialism and racism have impacted not only Indigenous peoples, but the state of the Earth. Hop Hopkins explained that we need to solve racism and the climate crisis in tangent, as racism feeds the current crisis. This point was explained further through Angela Mooney D’Arcy and Kandi White as they shared stories of how colonialism impacted their ancestors and continues to impact their tribes. Kandi White shared an emotional presentation of the ways in which colonialism is the reason for our current problems. They explained that without colonialism we would never have had the climate crisis we are facing today. Indigenous people have been displaced countless times, and continue to be displaced today. They were not only forced off their lands in the past, but they

“When discussing climate justice, we need to go back to the root of where this started” -Angela Mooney D’Arcy

continue to be displaced at the hand of oil extraction on their land. They are forced to live with radioactive materials on their land as a result of the oil extraction process, oil spills, water contamination, air pollution, as well as the long term health effects living with these conditions cause. Gopal Dayaneni wisely stated that this is an on the ground problem that needs to be fixed now, not just some unreachable problem in the air. We need to fix the core of this problem which he states is a lack of equality. Their powerful words grounded the climate crisis and showed ways that we can help right now. We all need to jump into action today to fix the vast problems seen on the ground as that is where our problems stem from. One way forward they brought to light is adapting our universities to make a long term, steady commitment to helping Indigenous people with the climate crisis. It is vital that campuses are making a consistent contribution working with local tribes to make a change. They also said it is vital for organizations and schools to communicate with local tribes in their area to best attack their local problems.