Global Conference on Sustainability in Higher Education: The Urgency of Now! 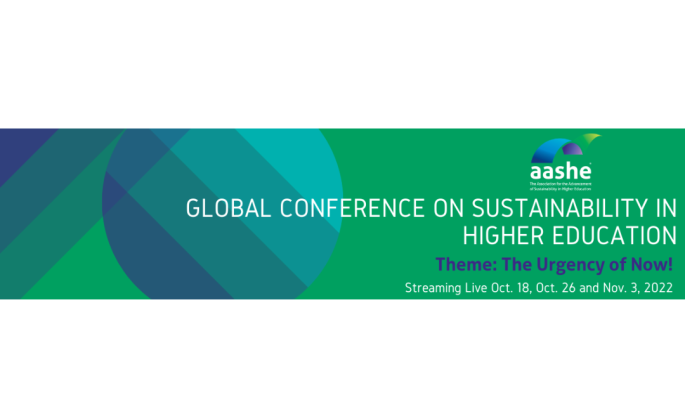 #GCSHE Theme: The Urgency of Now

In 2021, the Intergovernmental Panel on Climate Change (IPCC) released a major report indicating that immediate, rapid and large-scale reductions in greenhouse gas emissions are necessary to avoid catastrophic climate change. Despite this unequivocal and urgent warning from the world’s leading climate scientists and even as the dire consequences of climate change become ever more apparent, especially for the most vulnerable communities, many institutions and organizations seem mired in gradualism. With a theme of “The Urgency of Now,”* this year’s Global Conference on Sustainability in Higher Education (#GCSHE) is a clarion call for transformative sustainability solutions that match the speed and scale of the challenges we face.

Are you committed to urgent change at your institution and beyond? Join us at GSCHE!

*The theme takes inspiration from the words of Dr. Martin Luther King Jr., who in his 1963 I Have A Dream speech remarked: “We have also come to this hallowed spot to remind America of the fierce urgency of now. This is no time to engage in the luxury of cooling off or to take the tranquilizing drug of gradualism.” He uttered the phrase again in his 1967 speech Beyond Vietnam: A Time to Break Silence when he said, “We are now faced with the fact that tomorrow is today. We are confronted with the fierce urgency of now.” Those five powerful words are just as poignant today as they were in 1963 and 1967. On climate change as well as on matters of social justice, there is such a thing as being ‘too late,” as he famously noted.